Yes, Anyone Can Become a Charismatic Speaker. Here’s how.

Is it possible to become a charismatic speaker if you weren’t born with the talent?

Someone asked me that question at one of the first workshops I delivered as a public speaking coach.

And it took the young engineering student all the courage he could muster to ask it.

I wasn’t much help. At the time, I wasn’t exactly sure of the answer myself.

I had wrestled with whether I believed being a charismatic person was an attribute of a select group of lucky people or a learned skill that anyone could acquire.

Being an introvert myself, I was leaning towards thinking charisma was a natural born trait but I wasn’t sure … probably because the engineering student prefaced his question by saying, “having stage presence and charismatic, like you.”

What I have come to know is that by developing your self awareness and assurance, charisma actually can be learned. It does not need to be elusive.

Most of us can become charismatic speakers, if we want to.

There are many definitions of charisma. Some are negative. Others are positive.

The dark, negative definition of charisma is that it’s manipulative, a disingenuous attribute someone uses to draw people in and take advantage of them. These “charismatic” people are larger than life. They fill the room with their energy leaving little air for anyone else to breathe. Tony Robbins comes to mind.

But the true, positive, definition of charisma is someone that exudes humbleness and trust. They are magnetic and draw their audience in because of their genuineness. Two TED Talks speakers who fit this description of charisma are Sir Ken Robinson and Dr. Hans Rosling. Both were researchers who sought to make the world a better place through their speaking. Their integrity shines through in each speech they give.

Some of my colleagues think that having a self-assured presence is different than (and better than) charisma, but I disagree. In my view, presence falls under the umbrella of charismatic qualities.

Charisma is the ability to engage people…to draw them in.

Someone who is charismatic is likeable. A charismatic person is someone you want to spend time with and listen to. Being with them feels good.

Charisma is an attribute of emotionally and socially astute leaders. Charismatic leaders are seen as transformational (Bass 2002, Ashkanasy & Tse 2000).

People that are charismatic are highly interested in others. They truly listen. They are humble and confident in themselves (their presence) and what they know (or do not know).

“Janice gave me the words and the practice to hold my own as I worked through tough business negotiations. I learned how to speak up for myself in a powerful, persuasive way that was true to who I am. ” 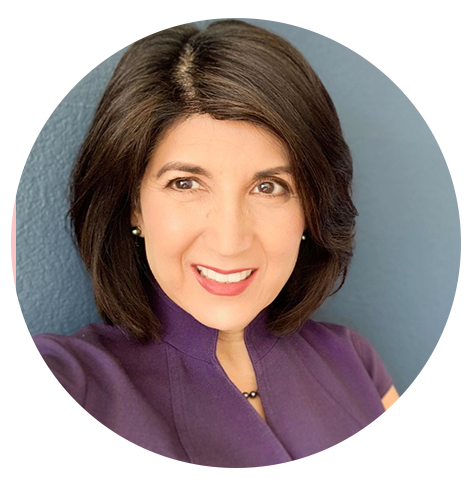 What is a Charismatic Speaker?

Charismatic speakers are inspiring, uplifting, and even joyful. People who exude charisma can present their most passionate self on stage, and their passion is contagious. Charisma isn’t a fluke—it’s simply what happens when you understand your audience.

Audience members deeply connect to this kind of speaker and message. To the audience, it feels as though the speaker read their mind and knows exactly what they are thinking. Charismatic speakers have answers to problems the audience is wrestling with.

A charismatic speaker is not entertainment. They are not acting. They create a bond with their audience because they are credible. This credibility creates trust.

Are Some Personality Types More Charismatic Than Others?

We’re constantly being told to be ourselves.

The same is true for public speaking, however difficult that is to achieve. We don’t have to “follow the rules” or act like someone else who is an accomplished public speaker—in fact, that’s one of the key takeaways from some of my favorite public speaking books.

It’s bandied about that extroverts are more charismatic than introverts. Sure, an extrovert will often quickly draw you in because they aren’t shy to speak up. But research reveals that introverts are often just as (or more) charismatic than their extroverted peers because they tend to be humble and seen as approachable. They are simply themselves without the super high voltage delivery.

How to Tell If You’re Charismatic

You know when you receive that feedback that makes you smile from ear to ear? That you’ve made an impact doing what you’re meant to do? I experienced exactly that a few weeks ago.

I had a debrief call with a client who is a motivational speaker. She delivers presentations on diversity and inclusion. She was over the moon because she had just received stellar feedback by truly touched her audience—she drew them in, they said she was inspiring and charismatic. How? Simply by getting out of her own way and being herself.

She said something heartening. I realized she had had an “ah ha” moment. Although I had worked with her about letting go of what she thought the public speaking rules were (numerous times) it wasn’t until she delivered this presentation that she got it.

She said, “I finally realized that I’m enough. That what I know and share is unique to me. There is an appetite for what I know for a certain type of audience. Umms and awws and how I look don’t matter. What I know and the passion and confidence that I share is what will engage them.”

Charisma is Valuable in Nearly Every Profession

Whether we want to be or not, we are all representatives of our company, our business or ourselves, which makes each of us responsible for others to see us in a good light.

No matter how introverted or shy you are, you still need to communicate with others. Especially when you have a point of view you want to share.

I have clients in engineering and tech who are called upon to pitch to their own clients or speak at industry events. They find it unnatural to be anything other than “all business” but they know that something isn’t working. It’s impossible to connect with a client or an audience if you can’t just be you.

Recently I received this note from a client who is an engineer. When we began working together he had been riddled with anxiety because he believed that presenters had to show up a certain way. He wasn’t confident in his ability to present in that way.

I had a continuing ed class last night where the instructor told us that we each have to give a 15 minute presentation to the class in a few weeks time. “No problem” I thought to myself…I was reflecting earlier on the fact that not only have I dealt with my irrational fear of presentations, but I also have a great toolkit to manage any residual anxiety when speaking in public.

It’s taken a lot of work to get to this place, (especially considering my starting point), but I owe this success to your help, patience and encouragement during our sessions and I wanted to send a note to say Thank You.

During the last months of our working together he gave presentations at large events. The feedback? Natural presenter and dynamic speaker…we were drawn in and wanted to hear more.

All because this young engineer could manage his anxiety and show up as himself his natural charisma shone through.

Researchers explain that there are differences between men and women in their ability to be charismatic. Women are more likely to be charismatic because they tend to have socially embedded nurturing and developmental behaviours (Bass, 1998, Avolio & Atwater, 1996). These behaviours are the elements of charismatic leadership, which include:

Women  tend to demonstrate transformational leadership traits, which requires charisma, whereas men tend to lean into transactional interactions, which don’t rely on charisma as much.

What does this mean for public speakers?

That charisma is a learned trait. Any successful keynote speaker is charismatic, whether they are a male speaker or a female speaker.

Some of my colleagues would argue that charisma is overrated. I don’t believe it is, because charisma is fueled by authenticity, humbleness, and a drive to connect with others. A speaker’s message is supported by charisma…it is not a distraction.

I suspect with his curious mind he has been building the skills needed to be perceived as charismatic.

Actually, I don’t doubt it one bit.

​​Do you need help communicating confidently? You don’t have to figure it out on your own.

If you’re feeling unheard or misunderstood, I can help.

Communication coaching package
Arrange a time to talk with me

Ashkansa, N.M., & Tse, B. 2000. Transformational leadership as management of emotion: A conceptual review. In N. M.

Most people dislike public speaking. In fact, the stats say 73% of people fear delivering presentations or talks. If you are one of the 73%, you don’t have to be. There is an abundance of standout books

How to Stop Saying “Um” in Presentations (What to Do Instead)

One question I’m often asked as an executive public speaking coach is how to stop the habit of using filler words while delivering presentations or talking with colleagues. The people asking me how to stop saying um

How to Present to Executives So You Get a “Yes”

Executives place a premium on time. Understanding this is the secret to successful presentations to the c-suite. Now, not all senior executives manage their time the same way, of course. Some tightly schedule their time