Why Do Women Shy Away from Public Speaking Engagements?

In recent years, movements such as the #metoo movement have sought to disarm patriarchal institutions from ‘owning it all’. North America is at something of a tipping point, with equitable societies seemingly within reach.

The move towards equity and equality is gaining momentum, and it gives me hope.

The female leaders I had as examples were women like of Gloria Steinham, Betty Friedan, Angela Davis, and bell hooks. I believed their messages – that women could have it all. These women and other second-wave feminists took the stage and inspired me to carve my own path. I saw and heard their vision – discovered what they believed in – and what was possible when women spoke up and were heard.

Sadly, women haven’t and still don’t have access to ‘having it all’.

Although it’s cracking, the glass ceiling is real.

The underrepresentation of women’s voices is significant. And frustrating.

The problem is complex, but the result is clear – while it varies by industry and by country, speaking stages remain heavily weighted towards male speakers – in the range of 70% male speakers to 30% female speakers. A woman is far less likely to be delivering the keynote address, and that needs to change.

What Causes the Gender Gap Between Male and Female Public Speakers?

Groups who are in power rarely want to give it away.

You, me and everyone you know has inherent biases.

It’s basic human nature to want to spend time with and hire people like us … those we feel comfortable with and/or are used to being with.

It’s not just in the realm of employment, ‘like hiring like’ plays out on speaking stages too, perhaps most evident in all-male panels (often called manels), and in panels where the number of male speakers far outweigh female speakers.

The disparity regarding lack of representation of women on speaking stages is a tough problem to solve, but it’s not impossible.

“I was preparing for four presentations and although already comfortable with speaking in front of an audience, I was looking to hone my skills. We worked through all of the presentations together and I felt confident and prepared as I delivered them.“ 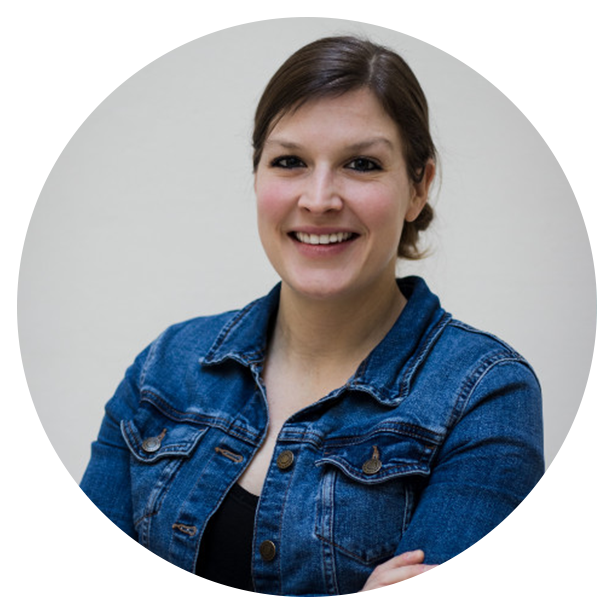 Are Women More Afraid of Public Speaking than Men?

I want to say no, that women are not more afraid of public speaking than men.

However, my experience as a public speaking coach aligns with the research which shows that women are more hesitant to take the mic than men.

I’ve witnessed women overcompensating, thinking their presentation or speech needs to be perfect. I’ve met women who decline to speak at an event when asked to because they think they don’t know enough (Crazy, right? There is a reason why they were asked to speak in the first place!) Sometimes women decline because they say ‘yes’ to too much at work and at home, and have no time left to invest the time they need to stand and present confidently on an event stage.

Are women’s communication skills on par with men? Yes.

Are women as capable as men to speak at events. Yes.

What Specific Challenges do Women face in Public Speaking?

When women don’t see high-profile women leading the way to speaking stages, they need to muster extra determination and focus to not only say ‘yes’ to invitations, but even to find speaking events where their experiences and voices are valued.

Many women I know are often overcommitted and feel a need to please others, so when they are invited to speak at a conference or event they simply can’t fathom how they can fit presentation planning and prep into their schedule.

It’s not just wrestling with a packed schedule, another issue women face is discrimination – they have a limited number of invitations to speak.

But the excuses I hear about why event organizers don’t don’t hire women for speaking engagements are usually nonsense, such as:

Quite a bind isn’t it?

What Can Women do to Overcome Challenges and Take their Rightful Place on Stage?

Why Does Equitable Representation On Stage Matter?

Usually the audiences at events are diverse enough … but only the men in the audience see themselves represented on stage.

Everyone benefits from having a diverse speaker lineup, and it brings a multitude of different ideas and experiences. Women’s voices, put simply, need to be heard.

Once women take the stage, the entire audience can aspire to see themselves in the lineup – and everyone has the opportunity to rise up together.

​​​​Do you have an important presentation coming up? You don’t have to plan it alone.

If you’re lost and unsure about how to make your presentation compelling, I can help.

Presentation coaching package
Arrange a time to talk with me

What All Event Organizers Can Do to Create Inclusive Events

A number of years ago I attended a national marketing conference. Typically the demographic working in marketing is younger and female. The master of ceremonies was male and the the entire speaker lineup was, too.

During a break I asked a number of my female colleagues if they noticed anything odd about the lineup of speakers. None of these women thought anything was amiss, until I pointed out we’d been listening to all male speakers. It’s hard to progress beyond the status quo, but the first step is awareness.

“That’s how it’s always done” is often the push back.

A tsunami of awareness has been built around the inequity on speaking stages. The problem lays in the hands of men, event organizers, and anyone that accepts a disparity of representation on stages.

The typical response when organizers are called out about an all-male speaking lineup is that female speakers didn’t apply, or that the organizers couldn’t find suitable female candidates.

This is simply untrue.

I have a list as long as my arm of professional women speakers with powerful messages the world needs to hear. They would be happy to speak at these events.

The solution to achieving an equitable and diverse representation of subject matter experts on stage is to reach out and make the effort to find speakers who don’t look and sound like us.

Those who are qualified, yet different.

If you are a woman looking to make an impact through public speaking or an organization that champions women to take the stage, I have three courses which are tailor-made to helping women overcome the challenges I discuss in this article:

Let’s work together, 1:1, to develop and create your next presentation or speech so you can deliver it with confidence and ease -> Prepare For Your Upcoming Presentation, Speech, or Talk

22 Tips for Calming your Nerves Before a Speech or Presentation

You’ve been invited to pitch an idea to your boss or deliver a presentation to an industry association. Your first reaction is to jump at the opportunity but as the day gets closer your pre-presentation

I’m a public speaking coach, and I know that for a lot of people (including those you think look cool and composed on stage) the thought of public speaking creates a surge in anxiety levels.

Lack of public speaking confidence, whether with peers or strangers, is considered a social anxiety disorder.  There’s more people that don’t want to be front and centre sharing their expertise and vision than those that